A Moveable Feast is Hemingway’s memoir of his years as a struggling expat journalist and writer in Paris in the 1920s.

“All you have to do is write one true sentence. Write the truest sentence you know.” 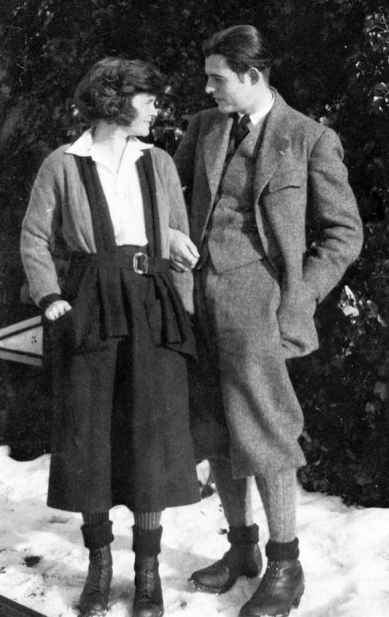 The fireplace drew well in the room and it was warm and pleasant to work. I brought mandarines and roasted chestnuts to the room in paper packets and peeled and ate the small tangerine-like oranges and threw their skins and spat their seeds in the fire when I ate them and roasted chestnuts when I was hungry. I was always hungry with the walking and the cold and the working. Up in the room I had a bottle of kirsch that we had brought back from the mountains and I took a drink of kirsch when I would get toward the end of a story or toward the end of the day’s work. When I was through working for the day I put away the notebook, or the paper, in the drawer of the table and put any mandarines that were left in my pocket. They would freeze if they were left in the room at night.

It was wonderful to walk down the long flights of stairs knowing that I’d had good luck working. I always worked until I had something done and I always stopped when I knew what was going to happen next. That way I could be sure of going on the next day. But sometimes when I was starting a new story and I could not get it going, I would sit in front of the fire and squeeze the peel of the little oranges into the edge of the flame and watch the sputter of blue that they made. I would stand and look out over the roofs of Paris and think, “Do not worry. You have always written before and you will write now. All you have to do is write one true sentence. Write the truest sentence you know.” So finally I would write one true sentence, and then go on from there. It was easy then because there was always one true sentence that I knew or had seen or had heard someone say. If I started to write elaborately, or like someone introducing or presenting something, I found that I could cut that scrollwork or ornament out and throw it away and start with the first true simple declarative sentence. Up in that room I decided that I would write one story about each thing that I knew about. I was trying to do this all the time I was writing, and it was good and severe discipline.

It was in that room too that I learned not to think about anything that I was writing from the time I stopped writing until I started again the next day. That way my subconscious would be working on it and at the same time I would be listening to other people and noticing everything, I hoped; learning, I hoped; and I would read so that I would not think about my work and make myself impotent to do it. Going down the stairs when I had worked well, and that needed luck as well as discipline, was a wonderful feeling and I was free then to walk anywhere in Paris.

Ernest Hemingway holding forth at a café in Paris

3 thoughts on “A Moveable Feast – master class in writing. By Ernest Hemingway”