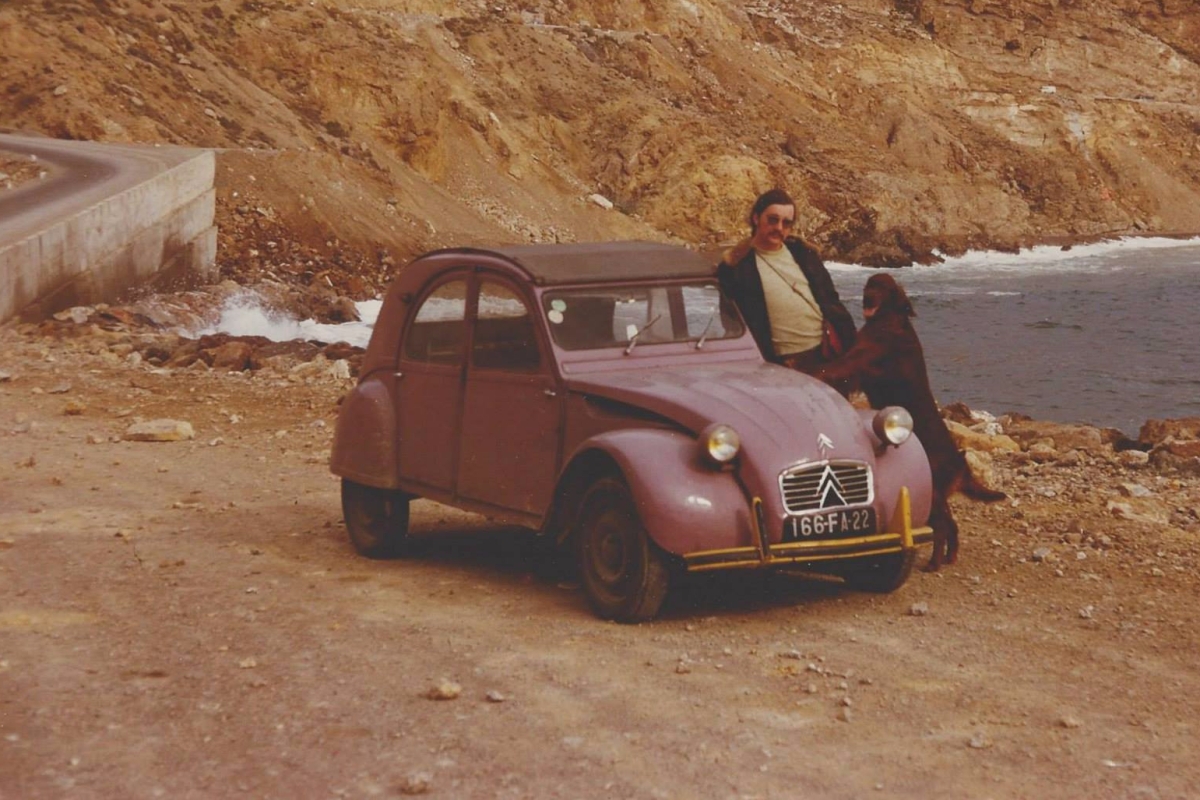 There was a clacking noise coming from the front end of our 1957 Citroën 2CV.  At first, I only heard it when turning left, but then, as the kilometers rolled by, it changed from clacking to non-stop grinding.  Wheel bearing, maybe.  Or a CV (constant velocity) joint, perhaps.  Time to find a garage and see what was going on.

This was to be my first repair on this ancient and primitive vehicle, which could best be described as a tin can powered by a lawn mower engine with seats made of rubber bands.  We’d purchased it for $200 in Brittany, not long after arriving in France, to transport us on our adventures in Europe and Africa.

We began our travels in Rennes, drove down the Atlantic coast of France, cutting inland at Bordeaux, then south at Toulouse into the Catalan Pyrenees.  Our last port of call in France was the sun-drenched Mediterranean city of Perpignon.  From there, we set a new direction south again into Spain, through Barcelona and Valencia, crossing the Alboran Sea by ferry from Almeria to the Spanish enclave in North Africa of Mellila – see THE MIDNIGHT FERRY FROM ALMERIA TO MELILLA

Destination: Africa.  From Mellila, we crossed into Morocco and scaled the Rif Mountains to Tangier, laboring up the inclines in second gear, then plunging down in rapid descent while standing on the totally inadequate and barely functioning brakes.  From Tangier, it was south again to Casablanca and the imperial city of Marrakech, set against the towering Atlas Mountains.

The Atlantic Ocean beckoned, and we crossed the parched uplands, dropping down into the coastal city of Agadir.  Here we camped on the beach alongside an Austrian trader with his girlfriend (“she is so lazy,” he complained) in their Land Rover 109.  We pulled the front seat out of the 2CV and stretched out inside.  We’d left the back seat in France.  The Austrian advised us to chain our front seat to the car, however, as during the night it would be stolen if unsecured.

I’d hoped to drive to Sidi Ifni and then on to Tantan, where the Western Sahara Desert begins, but my well-traveled Austrian friend advised against it.  He said that from Sidi Ifni on, the roads disappeared and reappeared as winds off the ocean whipped the sand into ever shifting dunes.  There was nothing – no water, no fuel, no food, often for a hundred kilometers.  This news exceeded my sense of adventure, so we turned north again.

It was while travelling north that the 2CV started clicking, then clacking, then grinding.  We’d passed Rabat and were nearing Kenitra when I had the distinct premonition that my luck was about to run out.  We drove into Kenitra, found a garage that serviced Citroëns, and left the car off while we got a hotel.  When we returned, the mechanic said the wheel bearing was completely gone.  Never seen anything like it – the bearing had vaporized.  But the good news was that this was Morocco, where 100 times zero is still zero, and the repair would be cheap.  Stop back tomorrow.

Next morning when we returned to the garage, as we were settling up – with me trying to get a “student discount,” which often worked – two Americans came up to us.  In this part of Morocco, it was unusual to see fellow Yanks, so we took our conversation to a nearby café for breakfast, Moroccan style – fried flatbreads, semolina Beghrir pancakes with butter and honey, mint tea and fresh squeezed oranges.

Bob and Robin lived just out of the city of Kenitra.  They rented a villa on the ocean in the tiny beach enclave of Mehdia Plage.  Bob was stationed in Kenitra with the US Navy, and he’d met Robin through friends in the Peace Corps.

Wait – the US Navy?  In Morocco?  I had no idea there was a US base there.  Naval Air Station Kenitra was a former Vichy France airfield that had been captured by the United States during World War II when the destroyer USS Dallas came up the Sebou River and landed a Raider team, taking the airfield.  Just up the road at Sidi Yahia was a Navy communication station for the Sixth Fleet.  And right across the street was a local pulp paper factory that was a front for a Russian surveillance operation that kept an eye on the nearby American presence.  This was a very interesting breakfast.

Bob and Robin would not let us leave without spending some time at their villa, which they rented from a colonel in the Moroccan army and his wife, who was a niece of the King of Morocco, Hassan II.  They shared the villa, which was right on the ocean beach, with a couple other Navy guys.  Several other villas in Mehdia Plage were rented by Peace Corps volunteers, so it turned out this little village had a very high American population.  There were parties and barbeques on someone’s veranda every night with fresh caught fish, booze from the Navy liquor store, Spanish beer and Moroccan wine.  As we had no real plans, Bob and Robin asked us to stay for as long as we wanted.  We rented a portion of the villa for a very small sum and used Mehdia Plage as our base of operations for a couple months.

Next: Mehdia Plage, the colonel, the king’s niece, and Omar, who lived in a German pillbox on the jetty. 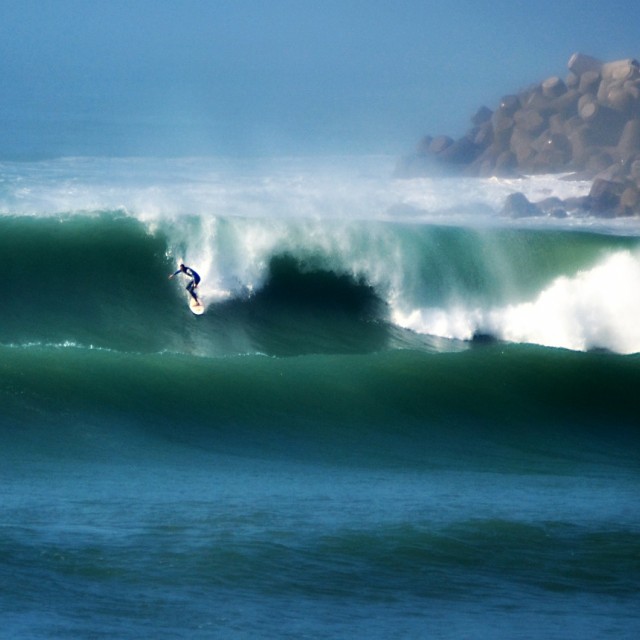